Over the years, the relationship between dogs and humans have deepened. Dog owners treat their dogs like family to the point that some owners could communicate with their pets with just a look. It’s amazing, but what’s even more fascinating is the fact that dogs have found ways to convey their love back to their owners. Dogs show their love in the subtlest of ways that if you aren’t mindful, you would hardly realize that it’s a show of love. Here are some ways your dog shows you love! 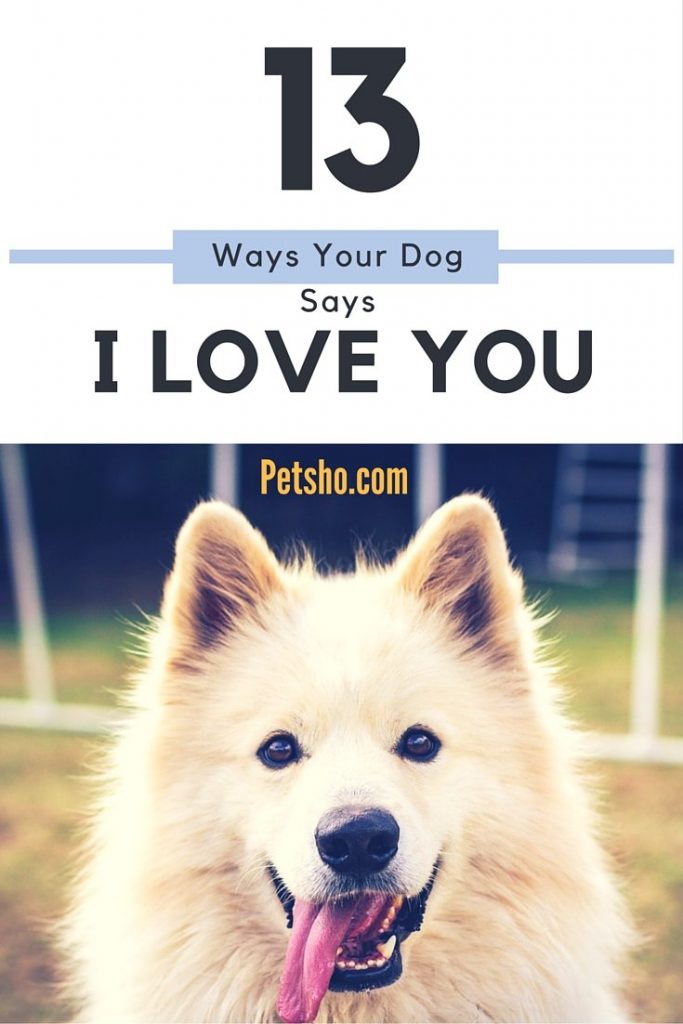 1. Staring at you deeply

Have you ever noticed some instances when your dog just stares at you even when you’re playing? Well, that’s their way of hugging you considering their inability to wrap their arms around you the way humans do. It is said that when dogs look at you, your bond is strengthened because of the release of a hormone called oxytocin. This is the same hormone widely referred to as the love hormone.

Also Read: Symptoms of your dog suffering from worms

Yawning is an impulse among humans. But apparently, it also applies for dogs. More often than not, this happens mostly between dogs and their owners. Studies have shown that dogs that have bonded with someone would yawn at the same time their owners would. So if your dog yawns with you, trust that you have bonded and that they love you too. Dog Yawning

Dogs like to lean on their humans. To most people, this is a way dogs show affection. That is true, but sometimes dogs lean on you for the simple fact that they want to be protected by you. They want to feel safe because they are either afraid, anxious or nervous. When your dog leans on you, be kind enough to hug them because that’s all they really need to feel better.

When a dog is hungry, the most important thing they would want to do is eat all of their food. After gobbling their meal up, the next thing they would do is sleep or snuggle with the person important to them. So if they snuggle up next to you after a meal, you should be glad because they consider you important.

Tail wagging has always been associated with happiness. But did you know that when dogs wag their tail at you it also means that they love you? It’s another subtle for dogs to tell you that they are happy to see you, especially if this tail wagging is accompanied with other signs of excitement.

6. Moving their eyebrows at you

Some dogs have very obvious facial expressions but many people hardly notice that dogs love to lift or wiggle their eyebrows when a person they like is around. If you double check this phenomenon with your dog, be sure to keep a close eye on their eyebrows, especially the left one. If they move it when you’re close by, then congratulations, your dog loves you!

Dogs love to follow people around for two main reasons: its either you have what they need (food, water or shelter); or if they love you. No matter where you go, they like to follow you and sometimes it can be a bit annoying. But remember, they follow you because they want to be in your company.

8. Remaining calm when you leave

Most people think that dogs going crazy when they are being left behind is a show of affection, but it’s not. Instead, it’s a sign of separation anxiety. On the other hand, if your dog remains calm when you leave, this shows that they trust you will come back and that they love you.

9. Freaking out upon your return

Getting wildly excited to see someone you love is a natural reaction for humans, and it is for dogs too. If your dog jumps on you as soon as you step inside the door, make no mistake about it, it’s pure, unadulterated love.

10. Giving you their favourite toy

Dogs absolutely hate sharing something they love – at least, most of the time. So if they give you their most prized toy, then don’t just think they want to play. It means that they like you so much that they are willing to share their toy with you and to please you.

It’s a natural thing to want to play with someone you love. Dogs are like children and if they want to play with you, they will. They could bump you on purpose or maybe even wrestle with you, and sometimes they do this in the most inappropriate of times. But hey, dogs can’t understand what “being busy” means. If they do this, it just means that they want to bond. Forgive them if they caught you at a bad time but the least you can do is pay them a little attention because they are simply showing how much they love you.

Dogs love to be in packs with their family. If they hop on bed beside you when you’re sleeping, don’t get mad at them. Instead, be happy that they chose you because when dogs sleep beside you, it means they are comfortable with you and that they feel safe and warm around you.

13. Basking in your love

Dogs can actually sense whether or not a person loves them too. So if they don’t allow you to cuddle or play with them, then they don’t love you. But if they let you get close to them, then it’s as clear as crystal, they love you and they want to bask in your love too.

Our dogs may significantly be different from us but they are family. They live and breathe just like we do. And just like us, they are affectionate creatures. But because of their limited capabilities, they show their love for us in a whole different way. We just have to be more observant and perceptive about it.