Blog > Heartworms in Cats: What You Need To Know

Although cats have this reputation of being more self-reliant than other pets, they deserve a ton of love and care as much as any of them. Although you can pretty much leave cats to do whatever they want, there is one thing you have to look out for: heartworms.

How do cats get heartworms? A parasite not even meant for cats in the first place, heartworms can cause serious health issues for your pet cat. To be a better cat owner, continue on and become better informed on the matter.

Strongid for your cat 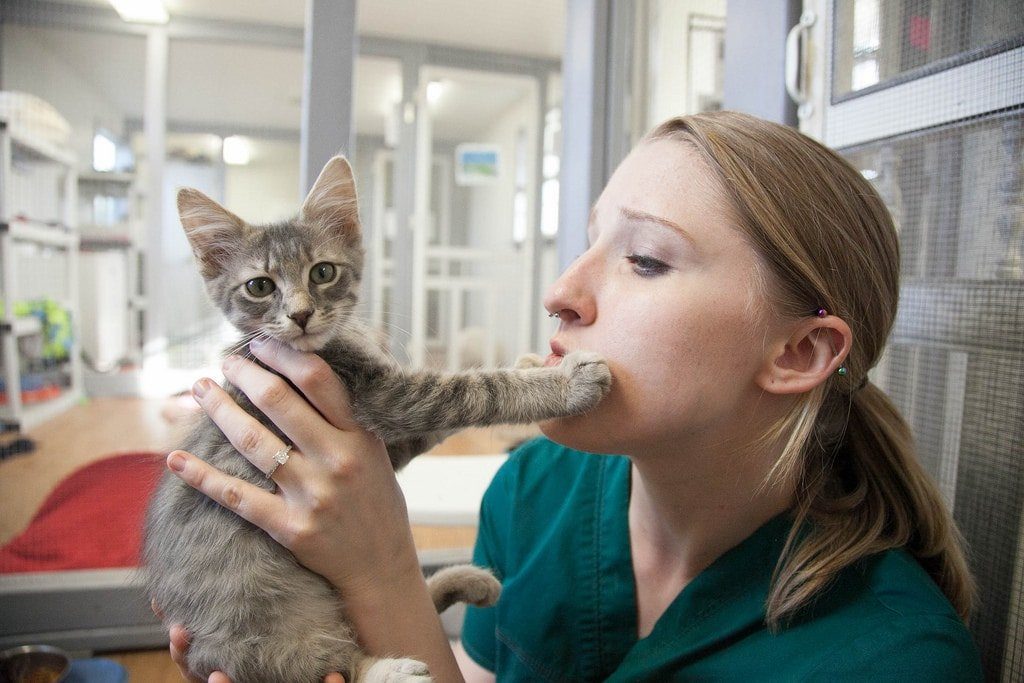 The odd thing about heartworms is that they are not even meant for cats in the first place. How do cats get heartworms? The parasite, Dirofilaria immitis, preys on dogs and is a dog-specific parasite.

However, there are instances where the parasite can end up inside the internal environment of a feline where it does not end well. Being in the incorrect host, the parasite becomes agitated and causes health issues that can shorten the cat’s lifespan.

The cross-contamination can be so bad. Cats affected by this dog-specific parasite are even found to be in worse conditions than affected dogs. Being in the incorrect host, the parasite keeps on reproducing and dying off inside the cat.

These parasites are named in a way that you’d think the cats would be affected in their hearts. However, heartworms in cats are more of a lung disease due to their lung arteries being blocked by the parasites. There are a few signs and symptoms to look out for when determining whether your cat may have heartworms.

The first visible signs of the possibility of having heartworms is your cat coughing, vomiting, and raspy respiration. Easily mistaken for asthma, these symptoms are at times collectively called H.A.R.D. (Heartworm-Associated Respiratory Disease).

These respiratory problems coupled with vomiting are classic symptoms for chronic infestation wherein proper treatment is required. Another symptom that can be observed would be a heart murmur or an irregular heart rhythm. The symptoms usually present themselves three months after the mosquito bite.

After witnessing a few symptoms that could potentially point to heartworms, more tests must be conducted to confirm your cat has heartworms. A blood sample is usually the first confirmatory test to check for heartworms.

Infected cats have unusually high levels of eosinophils or basophils, blood cells in charge of defense triggered to mass production because of the parasite invasion. The blood sample can also be taken under the microscope to be visually examined for any larvae to confirm the infection.

However, this is not an easy method because these larvae usually die off right away due to being in the incorrect host. The blood sample can also be sent to a lab that has the facilities and resources to perform an antibody test. This is a very accurate way of determining whether your cat has heartworms.

The trouble with heartworms in cats is that the only approved medication against heartworms for dogs is lethal to cats. That being said, there are other ways of treating heartworms when a cat is infected. One method of treating your cat can just be through care and time.

There are cases when cats are found to be infected with heartworms during their general checkups. But if they are not exhibiting any serious life-threatening symptoms, then they could be cared for like normal and monitored.

Monitoring can be done every six months through a chest x-ray and the heartworms usually take 2-3 years to naturally die off. In the event when the heartworms have affected your cat into having respiratory issues, the vet can recommend prednisone. This is a corticosteroid that is very effective in relieving lung inflammation.

This type of medication is very strictly used because a wrong dosage can have its own disastrous effect on the cat’s health.

A very last resort medical response to heartworms in cats is through surgery. When medicine is not enough, a skilled veterinarian surgeon can opt to surgically remove the parasites aided by an ultrasound. 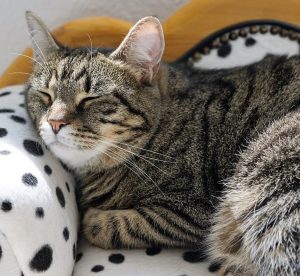 Since heartworms are transmitted through mosquitos, you might worry if it is contagious. You might think the best way to prevent it is to keep your cats indoors. But studies show that a quarter of infected cats are already considered to be indoor cats.

The best prevention for cats is with the use of preventative medicine.

There are four products approved by the FDA that aim to prevent heartworms and they are all effective. A monthly dose is enough to ensure year round safety.

How Common Is It?

As mentioned, heartworms were actually meant for dogs and not cats. Fact is, a baby heartworm won’t be as happy in a cat as it would actually be in a dog instead. Most heartworm larvae do get lost and perish before they arrive at your cat’s heart. The ones that do manage to reach your cat’s heart do not usually live very long. They also do not tend to reproduce.

So overall, you do not have to be too worried. As a basic guideline, for every 10 dogs that have heartworms, only about 1 cat actually ends up having it.

Conclusion
Even though it’s a disease for dogs, heartworms is still a serious problem for cats. Transmitted through the bite of mosquitos, it is not easy to prevent and the use of preventative medicine is all that is possible. Luckily, there are treatments that are effective and a diagnosis of heartworms is not immediately a death sentence.

Obviously most cats have litter boxes, but I never knew…