As a cat owner, there’s nothing more important to resolve than issues with my cat’s litter box. Nobody wants to deal with litter mess day in and day out, so sorting out the right automatic self-cleaning litter box can really make a significant difference in your life as a cat owner.

Two popular brands on the market are Litter-Robot 3 Connect and ChillX AutoEgg Litter Box. Both seem to target a similar audience with a very close price point. However, what are their differences? Which should you choose? Keep reading to see our comparison: 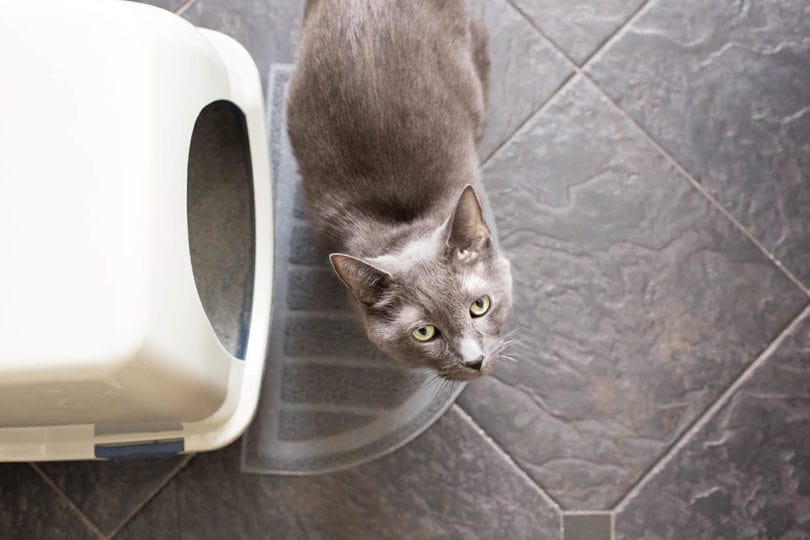 Both the Litter Robot and the AutoEgg are shaped like little spheres, but admittedly, the Litter Robot looks more like what you might imagine a spaceship to be! You should notice how large it is and that the controls are right there on the side of the box where you can see them obviously. If you do have a larger cat or just a cat that feels comfortable with a little more room, this might be the better option.

Then again, the Litter Robot does take up a lot of space. The ChillX AutoEgg is just a little more minimalist, taking up less space and looking not quite so noticeable. Of course, it does still look like an egg, though!

Yes, the Litter Robot is larger. You will need to clear out some more space in your home for you to keep it. Specifically, it measures 30 x 25 x 27 inches, but you can’t just think about the external space. Your cat has to go in there, after all, so think about how big your cat is and how much space they need. In this box, they’ll have 14 x 14 inches.

ChillX AutoEgg is indeed smaller, measuring 30 x 19 x 17 inches. This will obviously save you some space in your home, but because of the small size, this means you have a smaller space for your cat—only 11.5 by 13 inches. Your cat can potentially be uncomfortable using this, especially as a larger cat. Not to mention that if you have multiple cats that want to squeeze in there, they might have a little trouble.

How Easy Is It To Clean?

Let’s face it: you can never fully escape cleaning the litter box. While an automatic litter box will prevent the worst of it, you will still need to clean it yourself. And beyond that—you need to know how well the automatic cleaning function actually works.

Now, the Litter Robot works using a cleaning cycle, which will begin after the waiting time. Basically, once your cat uses the box and leaves, the box will start the timer. You can set this timer so that your cat has either more or less time, and if your cat goes back at some point during the timer, it will reset.

But when the timer is up, the globe will rotate slowly until all the litter is sifted and it has the waste pushed into the litter bag. One of the best things about this box is that it will not leave any big or small chunks—like, it actually works really well! Even for multiple cats.

You can adjust that timer on the Litter Robot, but for the ChillX AutoEgg, your cat will only have 5 minutes after they use the box. It will also run automatically 4 times a day to make sure that it doesn’t miss anything.

That being said: yes, it does still sometimes miss clumps. You’ll still see some mess in the litter if you look, and the ChillX AutoEgg can leave a bit of a mess along the sides of the egg too and in the actual rake. This means that you will still need to do some extra cleaning yourself maybe once per week.

It also tends to waste some litter because the recommended litter doesn’t clump all this well. This means you needing to refill it and therefore take it apart more often.

Part of the reason you might like having a smart litter box is for all those smart features. They just make your life easier, but beyond that, they can actually help you keep an eye on your cat’s health.

Let’s take the Litter Robot, for example. It has a lot of innovation when it comes to features. You can use the WiFi connectivity with the Connect App, which can show you information about how your cat is doing—like their weight, if they’re using the box more often, and so on. That app will also let you adjust how the box itself works, so you can change the timing for the self-cleaning cycle, activate a sleep mode, so you don’t hear it running at night, and so on.

The ChillX AutoEgg also uses a health tracking feature that will let you know how many times your cat has visited the box, as well as the amount of waste in the container and your cat’s weight. The problem is that it doesn’t come in an app: you can only check this information from a display screen in the litter box. This means that you need to actually remove the top cover to see any of it, and sometimes, people have had trouble even getting that screen to work.

You can see a little bit of a difference in the materials between the Litter-Robot and the ChillX AutoEgg just by touch.

Like when you pick up and put together the Litter-Robot, you can feel that it’s made to be sturdy so that multiple cats can use it. Based on material alone, the ChillX AutoEgg is made of plastic materials. The product itself might look pretty nice, but it is a little cheaper, and most people tend to notice when they need to take it apart to clean it.

The Litter-Robot has gone through quite a few versions by now—with new features that make it even more popular! It’s one of the more trusted automatic feeders, especially since reviewers love that multiple cats can use it easily.

That’s the shining part of the Litter-Robot: that it can be used with multiple cats. This is why people like the fact that it actually cleans even better than manual scooping, and if you use the right litter, it does clump better. If you have multiple cats, this is important! This is also why the reliable odor control and the reduced tracking around the box are so important.

On the other hand, we have the ChillX AutoEgg, which users don’t quite love nearly as much. You might save yourself some space with this box option, but it doesn’t clean nearly as well. The cleaner actually tends to get stuck, and the actual recommended cat litter doesn’t really clump all that well either. Actually, the rake tends to waste a lot of litter by dumping it into the waste container, even if it isn’t clumped.

So, yes, clearly: people do tend to prefer the Litter-Robot. It’s ultimately had more time to be updated and changed and is marketed more honestly than the ChillX AutoEgg. While the Egg might save you some space, it isn’t worth it if it doesn’t work as well as it should.

And, of course, we can’t forget the price. As much as you might want to get your cat the best and most expensive automatic litter box, you do need to keep an eye on how much you’re spending.

The Litter Robot has a pretty high price tag associated with it, clocking in at $500. If you want to use the Connect feature too to check on your cat’s health right there on the app, you need to pay another $500.

The AutoEgg is a little less expensive at $400, so you do still pay quite a price tag for this option. Considering all the issues people have had with it, you probably would want to just rely on the Litter Robot instead.

Let’s not forget the warranty you get for each product since this is an important part of what you’re paying for. The Litter Robot gives you 18 months full coverage, as well as offering you an extended 3-year warranty. This is compared to the 12-month limited warranty for the AutoEgg.

You can also receive your Litter Robot to use for up to 90 days in your home with a money-back guarantee. You only need to pay for return shipping. The AutoEgg only provides you with 30 days, and you must also get your hands on the Return Merchandise Authorization number.

In the end, with all the amazing features the Litter Robot offers, it’s definitely worth it to spend just a little bit more, especially since you can save yourself on litter in the end too.  Get $25 off from Litter Robot! Click here for more details and to order.