Blog > Pitbull Husky Mix: All the Facts You Need To Know

If you are a dog lover, you have certainly thought about all the different combinations and mixes that could be bred from your favorite breeds. Often these mixes stop with smaller dogs mixed with bigger dogs. However, if you have ever been lucky enough to have a pitbull husky mix or you want a pitsky, you know how unique they truly are.

Huskies are a modern family favorite, known for their either stark or goofy behavior. They are loyal, hardworking and loving. Pitbulls are not exactly as popular with all, though still incredible, loyal, strong dogs. The mix between the two is something that may be a little surprising.

About the Teddy Bear Puppy 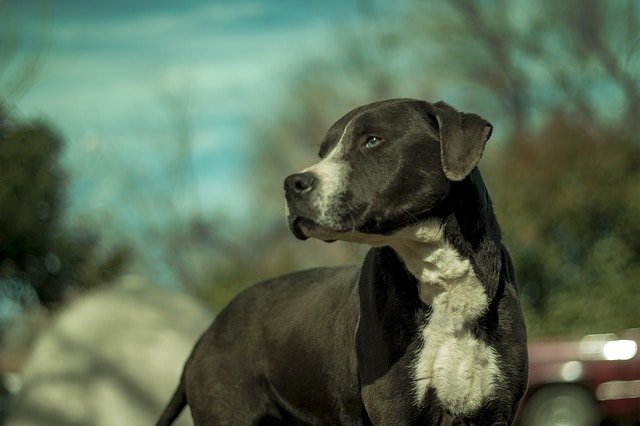 Pitskies tend to be an extremely obvious mix of the two breeds, taking on both physical and mental traits from both the husky and pitbull.

What makes pitbull husky mixes so interesting is how unpredictable the mix is every time, always ensuring a unique pooch with very specific qualities.

The pitbull husky mix is a mix between the two breeds of dog. However, understanding the origination of the breed will better help you understand the dog’s characteristics. The pitsky is a cross between the american pitbull terrier and the siberian husky, which is not necessarily a new mix but it is considered a designer mix and not a purebred dog.

The pitsky takes on characteristics of both of its originators. The american pitbull terrier, originally bred until 1835 in England to be aggressive and strong for bull and bear baiting, is now considered loyal, courageous and alert.

The siberian husky, originally bred for sledding, are strong, alert and loyal. Often these two breeds of dogs can be considered controversial as they are both strong, large dogs that require training.

The appearance of the pitsky varies heavily based on which breed of dog they take on more from. Unlike some other mixes, almost every physical characteristic is subject to change for a pitbull husky mix. This makes it somewhat hard to pinpoint their appearance. 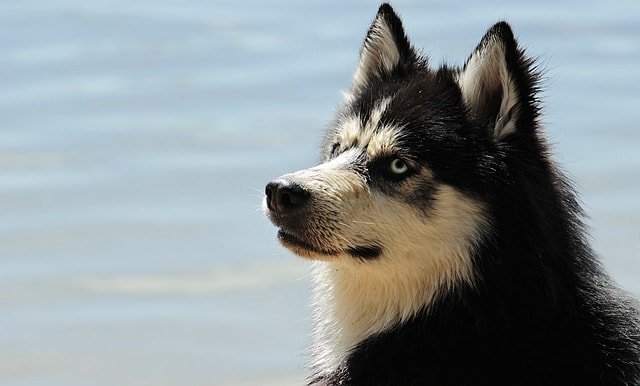 As both pitbulls and huskies are larger dogs, your dog will be a medium to large dog. They usually weigh around 35-80 pounds and standing tall at 20 to 24 inches.

Their fur color is likely the least predictable quality about them as it can take on various colors from the different breeds of each dog. A pitbull husky generally has either a scruffy coat from the husky or a short shiny coat from the pitbull. The color varies between greys, blacks, browns, reds, creams, and silvers.

Features that are almost a given based on the two dog breeds are a strong muscular build with erect ears, a wide head and a long black muzzle and almond shaped bright blue eyes.

See: About the Cavapoo

Similarly to the pitsky’s appearance, their personality greatly depends on whether or not they lean more towards the temperament of the husky or the pitbull.

Generally, most traits of the breed does lean towards one or the other parent. But there are traits that are unique to the pitsky. For example, often both the husky and pitbull have been considered to be somewhat aggressive dogs, while the mix is generally well behaved.

There are many characteristics that are picked up from the husky or pitbull side of the mix specifically. Huskies are known to be energetic and hyperactive as are pitskies. Their high energy is friendly and not aggressive. They require a lot of exercise to stay controlled.

Pitskies are smart dogs that are known to be very loyal and love socialization with both people and other animals. They need to be social and keeping them from people may be detrimental to their attitude and mood.

Both huskies and pitbulls are not necessarily easy walkers as they are both very strong. The mix may require a decent amount of training to ensure they will walk properly down the sidewalk.

Pitskies are known to be friendly dogs that require a lot of social interaction and exercise. They are good family dogs as they are extremely loyal and not aggressive. However, they will require a decent amount of training.

Pitbull husky mixes have pretty light grooming needs. This specifically depends on which traits they pick up from each sides of the mix.

If they have the short coat of a pitbull, your grooming duties are lessened as they just require a regular brushing.

If your pitsky has a husky coat, it likely has thick, long, mangled hair that gets dirty very quickly. This means they will require daily brushing and/or regular bathing to ensure their coat stays groomed. Other than the coat, the grooming is pretty regular compared to other dogs. You have to keep their ears cleaned, their nails clipped and their teeth clean with regular brushing.

Both the pitbull and the husky are known to have some pretty specific health concerns. All of which put the pitbull husky mix at risk for a variety of different health issues.

It is very important if you are getting a pitbull husky mix from a breeder to make sure that the dealer is not only ethical. You have to make sure your dog’s parents are cleared from common serious health problems.

Even with clearing from your breeder, there are still common health risks that pitskies may have to deal with. Such as hyperthyroidism, cardiovascular disease, eye problems, hip dysplasia, and specific allergies.

Generally, pitbull husky mixes are a very happy and healthy dog. They do require lots of regular attention and exercise to assure this health. Most have life spans between 12 and 15.

Pitbull husky mixes are likely one of the more unique dogs out there. While not necessarily stemming from uncommon dogs, the dominance of both the specific husky and pitbull traits assure that your dog will lean more towards one breed or the other, creating an interesting blend every time.

Pitskies have extremely varying mental and physical traits. But they are known to be healthy, handsome, family friendly dogs that would make a wonderful addition to any family.